Help My WiFi is Too Slow

Home/Technology/Help My WiFi is Too Slow
Previous Next

Help My WiFi is Too Slow 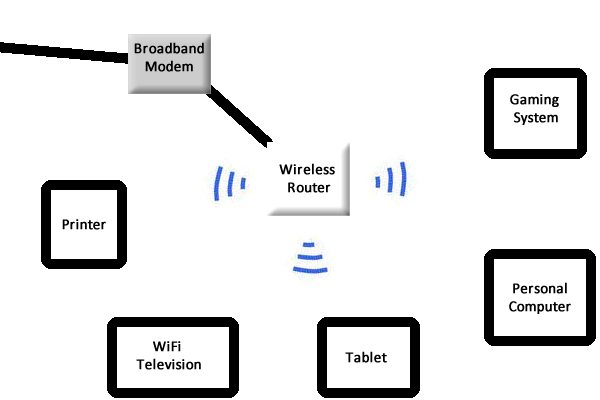 With the growing number of WiFi capable devices sold today, you may be experiencing a noticeable slow down – or even a sudden stop of your internet access. The list of devices that can connect to the internet have grown considerably in the last few years, and WiFi once used only for your personal computer is now being shared and creating competition for your bandwidth.

Clients ask us why their internet slows down – particularly at night. The reason is normally based on usage. For instance, on a given night the three Smith children together each have a cell phone, tablet, or gaming system turned on, and all of their computers are also on and connected to the home WiFi.  Mrs. Smith turns on the TV and watches a show on Netflix, while Mr Smith decides he is going to get some work done on his laptop. Here is when slowdowns will likely occur. In the past there were only one or two devices, but now there are at least five at the same time, all competing for internet bandwidth.

Routers are not only the distributors of these lanes, but also act as something of a traffic light regulating internet usage. And though they do a great job for the amount of traffic they regulate. the problem is, most routers are only set up to dole out the same amount of speed to everyone. While router manufacturers continue to come out with newer, faster, more expensive options, purchasing one may not solve your problem.

The way to help this situation is to either turn off devices or regulate the amount of bandwidth each device is allowed to use. This goes beyond the normal set-up of routers by the average user or even the installer.

There are many tutorials on how to do this online, and most router manufactures have instructions on their respective websites –  but it can be an arduous process. Vicarious Productions can help you configure your equipment properly and access to routing for a more enjoyable experience with the internet.

About the Author: Shawn Jackson